Turquoise Emperor in a frame

$44.95
Be the first to review this product
Add to Wish List Add to Compare
Skip to the end of the images gallery 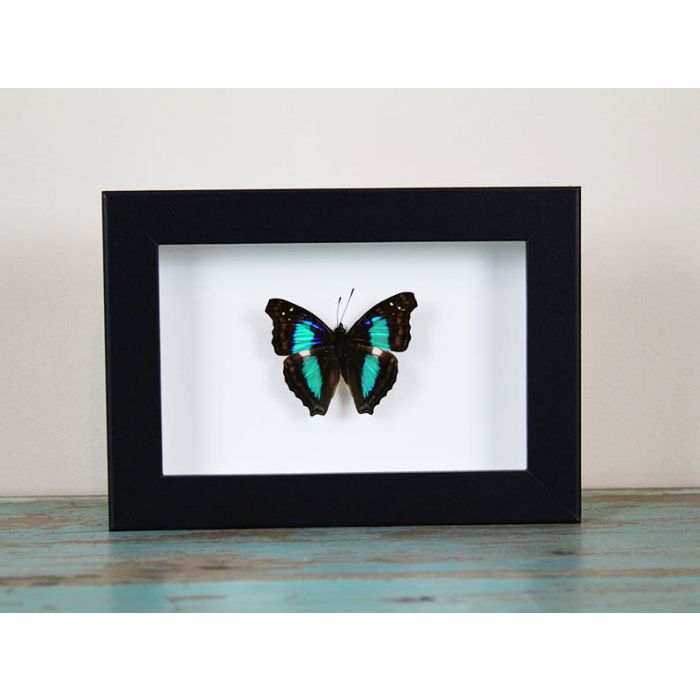 Skip to the beginning of the images gallery
Details
The Turquoise Emperor is one of the most beautiful butterfly of the doxocopa group. Overlaid with dazzling blue, or turquoise accompanied with an iridescent electric blue, the hue varies considerably depending on the angle at which light reflects off the wings, the color often appears as turquoise when viewed from directly above, but deep silvery blue when viewed from the side. Also called Doxocopa laurentia by it's scientific name. The Turquoise Emperor is found in the amazonian forests of Central and South America, with males being very territorial, they perch on high foliage but periodically swoop down with great speed and agility to investigate fermenting fruit on the ground.
Reviews
Write Your Own Review